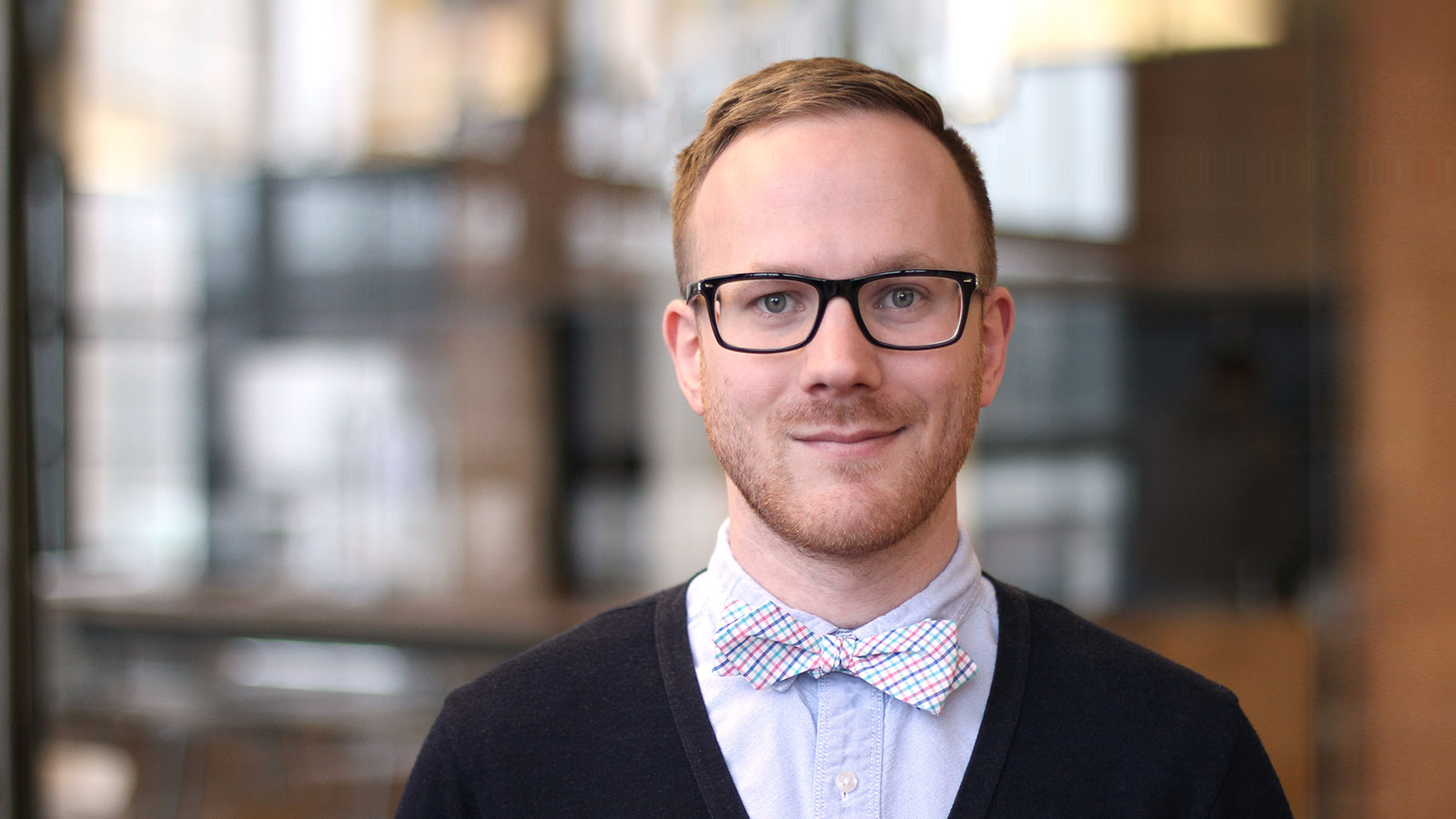 5-ish Questions: Getting Social and Talking Beats with Josh Arter

5-ish Questions is an ongoing series in which we introduce you to the people and personalities that make up our team. In our inaugural edition, we’re talking to Josh Arter, Social Media Account Executive.

With a hearty social media background, Josh helps develop and execute well thought out, integrated campaigns. In his free time, he’s involved with several Milwaukee-area media projects such as Moustachery Party MKE, Pathfinders Milwaukee and the blog called spacebeards.com. In addition to his work on these rather unique projects, he enjoys producing music and photography. Josh has been with ZG since March, but – eh, he’s new enough. (Also, he sits in the cube next to me, so he made a convenient guinea pig. No pressure, Josh.)

So tell us, how did you get here?

Well, when I first graduated college I was an intern at another area agency and Wiz [Mike Wisniewski, VP of Social Media] was actually my boss. I was working at another area company when he reached out to me like, “Hey, we have this open position and you should totally think about applying.” And I did.

It also ended up that I knew the previous Social Media AE from college, so I talked to her about Zizzo Group and talked to Wiz about Zizzo Group. And it just seemed an awesome place to work and the position was exactly what I wanted to be doing. So I interviewed. And I got the job. And here I am.

What would you say it is that you do here?

What I do is take the plans from the engineers and take them to– I’M A PEOPLE PERSON! Office Space, anyone?

No, what I do is help with social media strategy, managing content and kind of act as middleman between creative – the writers and designers – and clients.

As a Social Media AE, you get to build a lot of relationships with people – coworkers and clients. I love having that nice rapport with people. Ya know, Monday rolls around and I have to follow up with something but it feels more like catching up. So “Hey, hope you had a great weekend. You said you were doing this. How’d that go? By the way yadda-yadda-yadda.”

You’ve been here a while. How do you like it so far?

My previous job was a super-great job and I have nothing but the best things to say about my experience, so when I was first talking to Wiz about coming over it took a little convincing. Like, “I don’t know. I was an intern at an agency where you were my boss and I couldn’t get hired on full-time because there wasn’t enough client work for that. So what can you tell me to help with this leap of faith?” And he made the good point that the previous agency was run by creative and ZG is run by Anne, who has a business background. So she’s more concerned with stability and longevity and growing relationships. That, to me, was awesome. Between that and knowing Mike and hearing the good things my friend had to say about ZG, it really sealed the deal.

After that, maybe, half-second of doubt – which comes with any really big decision – I can honestly say that I love it and I love what I do and the people I get to work with.

Aww. Well, welcome to the team, man. So, you’re a DJ in your spare time, how did you get into that?

When I was in high school, I learned to play the drums and was in some, you know, crappy high school garage bands. And one of my friends, was like, “I’m having this basement rave. You’re into music. You want to come over and learn how to DJ?” I’ve never done that in my life but was like, sure. So I went to his house a couple hours before the party and he showed me how to work the equipment and started DJ-ing. After that, another friend of mine showed me how to use music production software and encouraged me to start making some beats. I just kind of stuck with it.

So now, it’s a hobby that acts like a side hustle. I don’t do as much DJ-ing anymore, but I do produce. I have people across the country that regularly buy my beats to rap over. It’s one of those things where I would be making music regardless, but it turns out that some people like what I do enough to pay for it.

Who would you say is the reigning beat-maker in the game – besides you, of course.

Of course. No other does it better than J Dilla, hands down. J Cole is really good when he produces. 40 – I’m a huge Drake fan – so 40’s up there. Chance the Rapper is the man. His backup production is unreal. And Kanye, he’s a killer producer – not that I really like him as a person or a persona, but his production is really good.

Oh man. I mean, screw “Life of Pablo.” Just not sure if I can get down with it. Marry “Late Registration,” though. The old Kanye is the good Kanye. That’s what I used to listen to in high school. I feel like that’s the good stuff.

It’s about time to wrap it up. So what’s your go-to jam for when the party’s over?