Built in 1901, the Basilica of St. Josaphat is a lavish architectural icon – with lavish maintenance expenses. In order to meet its fundraising goals, the St. Josaphat Basilica Foundation needed to raise its profile within the community. The goal was simple: To make Milwaukeeans understand why this one-of-a-kind piece of our cultural heritage is worth preserving.

Using a mix of traditional outdoor creative, an outside-the-box bus shelter experience and strategic public relations, we were able to deliver big impact on a modest budget. 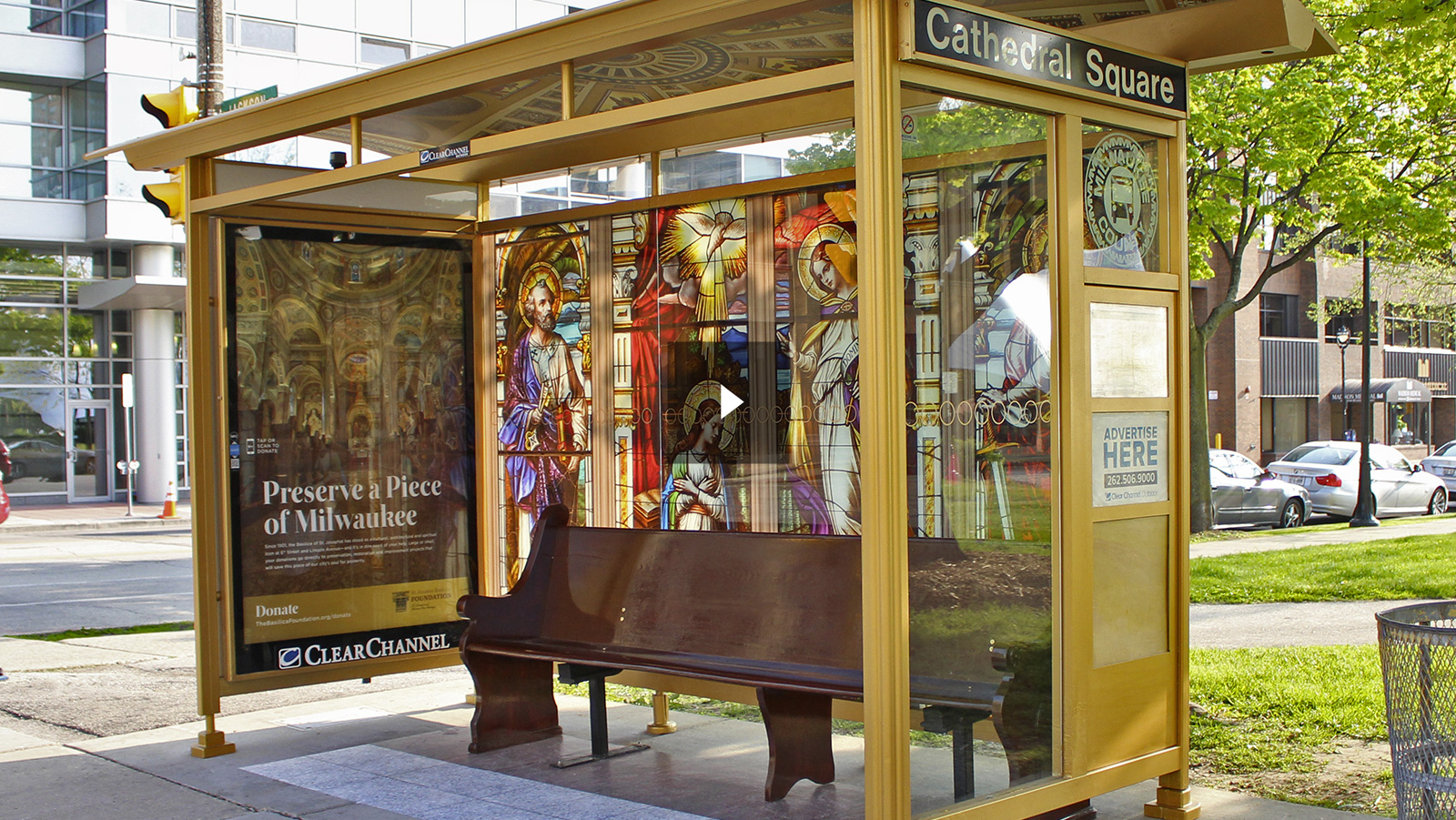 We sought to bring the South Side staple to the community at large. Appealing to Milwaukeeans’ intense sense of civic pride messaging ranged from the urgent “Save Our Sanctuary” to the cheeky “Pray It Forward,” and included eye candy billboards in high-traffic areas and a bus shelter-turned-Basilica – complete with stained glass, ceiling fresco and church pew. The opening event held at the transit sanctuary, attracted local and parish leaders, garnered local and national coverage and kick started the Foundation’s fundraising push.

Within seven months, public relations efforts had reached an audience of nearly 20 million worth $300,000 in straight media value – an 800% return on the Foundation’s investment – and garnered nearly $1.3 million in donations and pledges, many of which came from new donors.