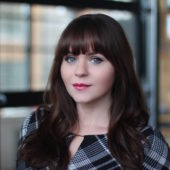 The problem with forecasting anything that’s so heavily reliant on technology is that it’s kind of a moving target.

As important as new technologies are to the evolution of immersive experiences, overcoming barriers to adoption – like access, affordability or practicality – are just as vital to determining whether an immersive application will take off. So, while we can say with some confidence that the future involves pocket-sized supercomputers, smart uses of artificial intelligence, and near-infinite combinations of virtuality – how and when these come to pass is the big, fat question mark sandwiched between what’s technically possible and what’s economically viable. 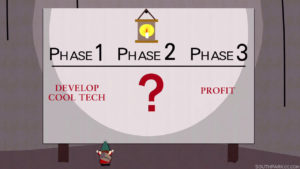 However, my dudes, as we’ve said before, we really are living in the future – and that future means better access to tools for developers and technologies for consumers will be the drivers behind this year’s most exciting reality-extending trends.

While immersive exhibits or the use of digital technology are not new to the art world, 2018 saw the opening of the Digital Art Museum in Tokyo, Japan. Offering a seamless, 100,000 square foot immersive digital experience, the museum invites visitors to “wander, explore with intention, discover, and create a new world with others.” As a testament to the increasing accessibility of VR technology, The Dalí Museum in St. Petersburg, Florida made its award-winning “Dreams of Dalí” experience available to the public, allowing anyone, anywhere to , immerses themselves in the dreamlike landscape of one of the master surrealist’s paintings.

Meanwhile, Artvive, an app that uses augmented reality to add digital elements to existing art pieces saw more than 60,000 downloads; users spent more than 1.3 million minutes engaging with art through the app, while some 2,000 artists have used to the platform to create original and augmented art pieces. 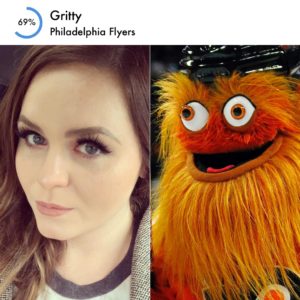 And, of course, I’d be remiss to not mention the meme-worthy Google Arts & Culture app face match feature, which used facial recognition to match user selfies with their fine art doppelgängers. Despite its viral spoofs, the Arts & Culture app itself is kind-of-a-lot amazing, allowing users to explore works through the app, as well as museums and historic sites using the Google Cardboard VR viewer.

As immersive technology – particularly AR – becomes more accessible and affordable for artists and users alike, expect this marriage to last.

With a parade of controversies, including Russian election meddling, questionable data use and so much fake news, 2018 was more of a landfill inferno than dumpster fire for Facebook and its userbase. That said, some cool immersive and experiential stuff managed to escape the flames.

During September’s Oculus Connect event, Facebook CEO Mark Zuckerberg demonstrated its new VR headset, the Oculus Quest. Although not expected to hit shelves until spring 2019, the Quest has the potential to change the immersive game in a couple significant ways. First, accessibility always affects technology adoption. The Quest will retail for $399, a competitive price point in the VR marketplace, but the real value in this particular model is that it doesn’t require an expensive PC or gaming console to operate or sensor towers like its forbearer, the Rift. Second, because it’s completely self-contained users can more easily move around to explore immersive environments. The Quest will join the already-released Oculus Go, which offers a paired down immersive experience for just $199.

Apart from its hardware, the Facebook platform itself has integrated some neat immersive capabilities like 3D, AR and VR experiences. One of our favorite activations came from the Dallas Mavericks. The installment, which features a 69’ x 193’ mural of Dennis Smith Jr. dunking a basketball, uses the platform to allow viewers to activate a larger-than-life dunk in augmented reality. This year, expect brands to embrace Facebook’s immersive developer tools to create easily accessible and memorable interactive experiences.

If there’s one thing immersive trend pieces like this make abundantly clear it’s that this field is constantly changing. These days, it’s not just virtual reality, augmented reality and mixed reality, but rather a continuum of perception-bending experiences collectively known as extended reality (XR).

So, why include a term on our list of immersive trends? For simplicity, really. While VR immerses people into completely digital environments, AR creates digital overlays for reality, and MR relies on any combination of virtual and actual reality interactions, XR is an umbrella term that encompass any combination of real-and-virtual environments, human-and-machine-generated interactions and wearable technology that we see now and into the future.

The bottom line? As immersive technology continues to blossom, expect better access, more applications and experiences that will further blur the lines between the real world and a digital one of our making. (OK, that sounded a lot scarier than I meant it to.)

Read about our other 2019 predictions throughout the months of December and January.